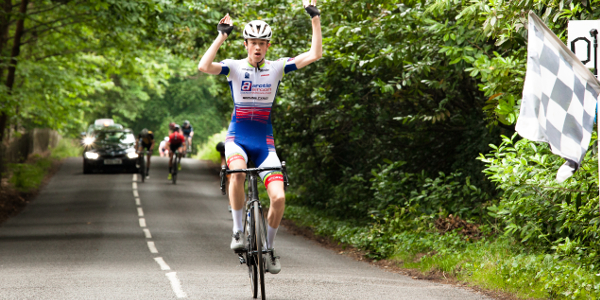 The morning race for Cat3 riders rolled out of Elstead at 9.30 am with 54 riders taking the short transfer from HQ to the circuit. With action pretty much from the end of the neutral zone, a break was established on the first of 7 laps. During lap 2 and up the climb, the group was strung out by Nate Oldfield (Arctic Tacx RT) but coming along the fast main road section of the course, the break was altogether again and working really hard increasing their time gap over the pack in the process. 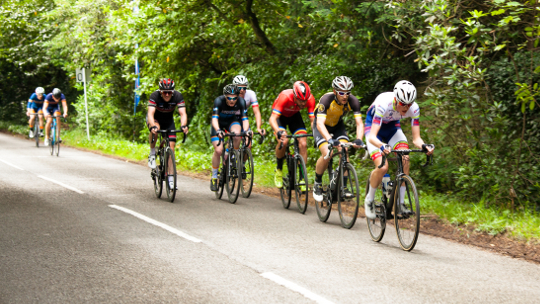 By mid-race, the break’s lead was up to 2 minutes on the peloton who seemed to have given up hope of a chase back to the leaders who were now well out of sight. With the laps counting down and the work being done to stay away, the gap closed little to just under a minute and a half, but the break never looked like it would get caught.

In the last km, Nate Oldfield pushed on hard on the climb, making it look much easier than it probably was, splitting the break in the process to eventually cross the line solo for the win. He crossed the line 6 seconds ahead of 2nd, Gareth Thomas (Paceline) and 10 seconds ahead of 3rd, Ashley Nunn. The rest of the break were strung out in 1s and 2s but all crossed the line ahead of the main pack who finished 35 seconds down on the winner.