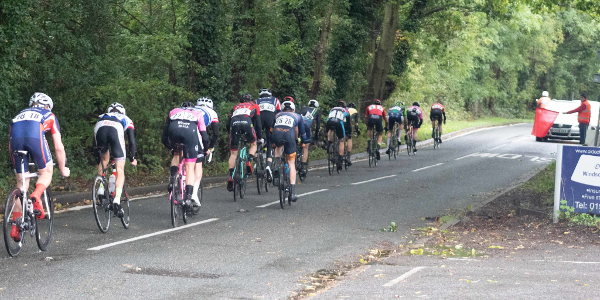 Wet weather didn’t stop the racing in the first Ottershaw race of the series. An early break broke free from the bunch and was never seen again by the bunch. A few riders did try to bridge, but in the end, the break, Eliot and Sam, took 1st and 2nd respectively.

A small group had chipped off the front of the bunch in the closing laps to claim the remaining top ten positions.